Yesterday was #worldmentalhealthday and for this the Hubs, Sherlock and I went on a rather long, but slow, walk on the sea front.  You see we don’t often take time out of our busy days to focus on ourselves.  Life is usually filled with chores, shopping and writing.

I had noticed for a while that both the Hubs and I were stuck in a rut, doing the same things over and over again, each day seemed to blend into another day and to be perfectly honest we were beginning to drift apart.  Not through anyones fault but due to the pressure of this life.

I have my writing to keep me busy and The hubs has his motorbike and friends.  I began to notice we were living almost seperate lives apart from our “home life” which is basically chores, all work and no play.  I had become aware that I wasn’t feeling fulfilled nor particularly happy.  My health issues had begun to take over and I was lacking in sleep., BIG TIME!

I cannot remember the last time I slept all night, certainly not since my bladder removal, last year.  I put this down to having night bag attached to me, making it difficult when I am tossing and turning in bed. My body felt achey, my limbs heavy, my mind was all over the place.  Emotionally I was worn out.

I take medication for my bipolar disorder daily so I know my “triggers’, I know what to look for when I am not feeling well.  I had begun to not enjoy my music.  This is a huge trigger as music is my lifeline.  Music has always been my saviour.  For now, I would drive the car in silence, there would be no singing my head off to the Foo’s, no wailing alongside some 80’s music.  This signalled to me that there was a problem.

I also loved taking Sherlock out for our special walk each morning, however this had begun to feel like a chore. I was snappy, irritable and shouting a lot at the cats for getting under my feet all the time.  I had even stopped baking, something which I love doing. Even a visit from the Son brought more anxiety than it did happiness.  Something had to give.

On the outside and others I still appeared to be the “same old Anita”, smiling away,  I would try to be so happy on the outside and yet on the inside I was struggling.  Struggling with life!  I had begun to spend a lot of time in my pjs, on the sofa, not really doing much. I didn’t have the attention span to watch a whole film, no matter how good the film was.

By the time the Hubs got home, I was frustrated, frustrated and annoyed that he had been able to go out and live his life and yet here I was, struggling with the heart failure, fluid on the lungs, Raynauds and the bloody Erythromyalgia.  I felt I had “become” my illnesses.  Fed up, p##sed off and so unhappy with myself.

So what could I do? How could I get out of this “slump.” How could I try and take control back and feel happier?  The first thing I needed to address was my sleeping issues.  I had some sleeping tablets in the cupboard which were mine, I just hadn’t used them, so I decided that I would take 2 that evening.

I was becoming an emotional wreck, crying because I felt so exhausted.  I would wake up at 4am, lie there till 5.30am and then get up.  I would try and tackle the day as I usually would but everything was so much more difficult.  Walking Sherlock was exhausting, doing the shopping was awful, and I was becoming much more irritable than I have been, and swearing at old ladies isn’t a route I wanted to go down.

I took the tablets and went off to bed.

7am!! 7am thats what time I woke, I cannot remember the last time I slept till 7am.  I felt refreshed, I felt that I had slept, properly.  After having a chat with the Hubs, he informed me that I must of snored for most of the night, that I didn’t toss nor turn.  I was dead to the world.  WOOO HOOO

We then sat down to work out what to do about our ‘mental health,’   and how to look after our souls and spirit.  The Hubs takes antidepressants due to the rocky journey we are on.  So it has been so important to find things to do to help us both.  To lift our moods and make us connect again with each other.

Lets face it ‘LIFE’ does get in the way of everything, it can become monotonous, it can become boring, the same old stuff every day…. YAWN!  So we have decided that we will take time for “US”.

We took a lovely walk to Petworth Park,with Sherlock and yesterday we went to the seaside and walked again, so exercising and clearing out the cobwebs too!

We are committed to each other, we love each other, we both suffer with depression so its always easy to slip into bad habits, however we are aware this is my “extra time” this is my “bonus” time and we want to make this happy time, not just me sat waiting to die.  So we now have put things place.  Things that we can do for each other and ourselves. 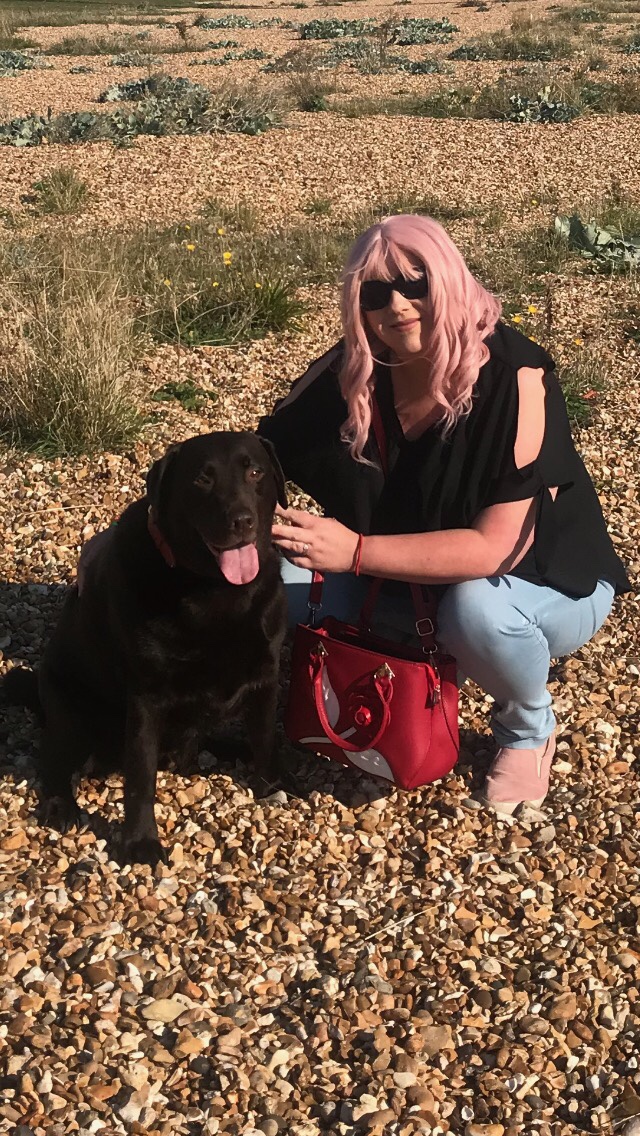 Have a great day ❤️❤️

Anita was diagnosed with Small Cell Bladder cancer at 46, she lives with her husband Tim, her son Ashleigh and their fur babies, Sherlock the dog, Barney the bunny, Ollie, Fuggers and Moma Cat the cats and Bob the fish. (we don't talk about Bob). They all live in Hampshire, after being diagnosed Anita started a Facebook page detailing her journey with cancer called “My Big Fat British Bladder Tumour” View all posts by Anita Brown